Many of the UK’s and US’s leading test publishers have used Rob Williams Assessment’s to calculate and prove the reliability of their Personality Tests and Situational Judgement Tests.In addition to situational judgement test design, we also specialise in other forms of psychometric test design, such as personality test design and verbal reasoning test design.

An increasing number of recruitment agencies use Rob Williams Assessment Ltd’s bespoke algorithms for culture fit to improve their shortlisting process for key clients. More accurate shortlisting created efficiencies for both the agency and for their clients. Shortlisted candidates are also happier; knowing that the agency is only putting their details forward to the jobs and companies that are the best fit for them, personally.This reflects a growing recognition of the need to match individual applicants to organisational culture. Typically graduates favoured corporate cultures but now often find the culture of SME’s/start-ups to be more engaging and ‘meaningful’.

Rob Williams Assessment Ltd successfully applied the British Psychological Society’s best practice in personality questionnaire design.Both bespoke personality questionnaire met the client’s aim of measuring the most commonly sought graduate personality traits.Employers are increasingly using bespoke situational judgement tests (where the candidate is presented with scenarios and asked to select the best and the worst thing to do next) as a way to learn more about their character and attitudes to work. 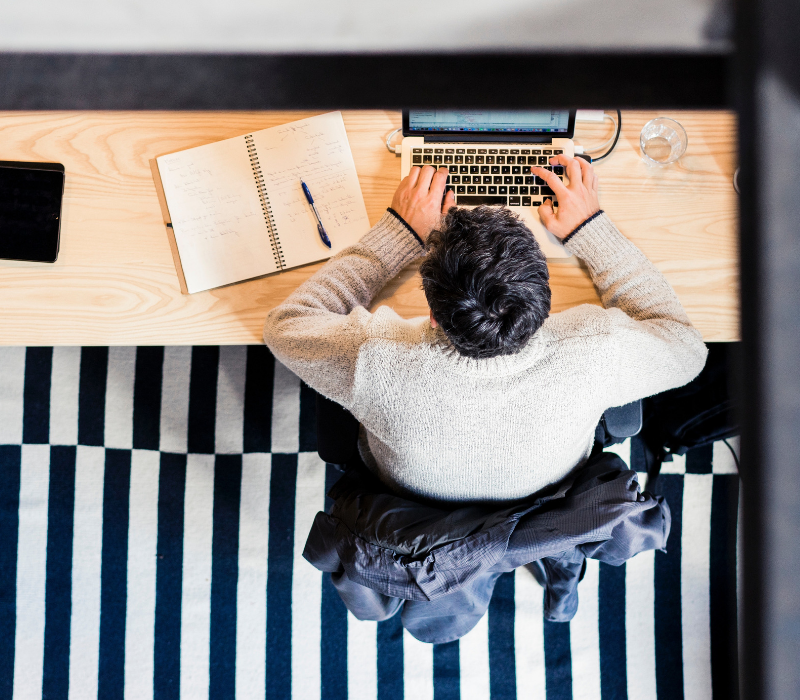 As psychometric tests have become more commonplace, the bigger users have commissioned their own bespoke situational judgement tests.Rob Williams Assessment has worked on several such projects for High Street banks and for the European Union. Another recent innovation of test developers has been online adaptive tests. With these tests, if you are doing well, you will find that the questions get progressively harder.The innovative design of shorter and more efficient tests was driven by an increasingly aware of the immediacy of the Internet and our increasing use of emails and social media, in short, sharp bursts.This discourages test takers from spending 30-40 minutes online doing the same questionnaire. It’s better for everyone to keep test takers engaged when being tested – not bored!

So what will adaptive tests mean for you as a prospective test taker?  The biggest difference is the shortness of the test. The second major difference is that you will find an adaptive test more challenging. Without getting into their highly technical make-up, the test adapts to your ability level. More specifically it adapts to find the most challenging question that you can answer correctly.In the past, you may have found questions on a test fluctuating in difficulty or generally becoming more and more difficult the further on you get in the test. Consider a test of twenty questions with the first the easiest and the twentieth the most difficult.

Some or all of the scenarios presented in an SJT can test specific job knowledge. For example, a retail marketing SJT may ask questions about the 3Ps (price, position, promotion) of product marketing. Alternatively, both an SJT measuring generic decision-making skills may be used alongside a knowledge-based test.

UK and US psychometric test publishers have produced both video-based and animated SJT scenarios. Animated SJTs are easier – and therefore cheaper – for global companies to develop. 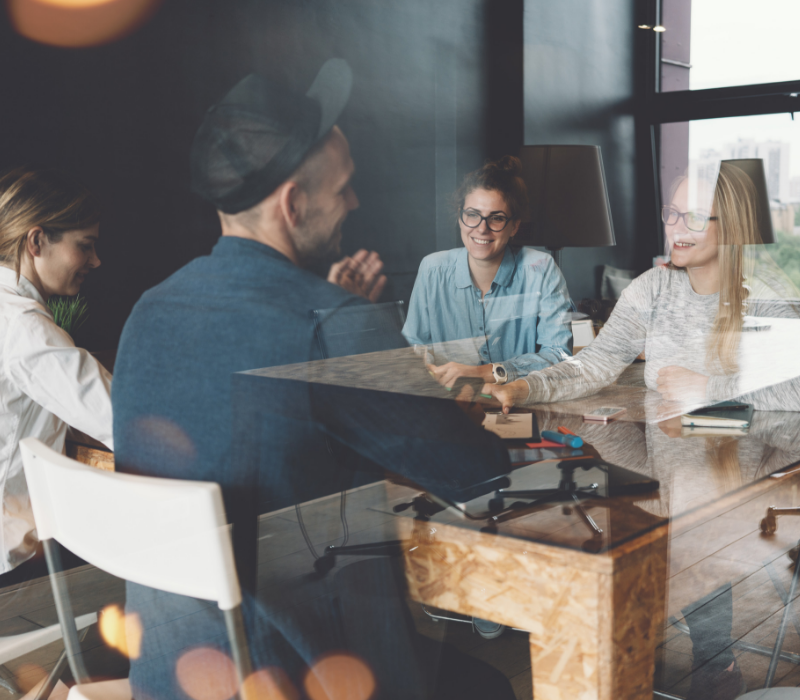 To be psychometrically sound a test must be:

Our Bespoke Psychometric Tests have validity

While reliability deals with consistency and accuracy of the measurement device, validity deals with the theoretical concept that the test supposed to measure. In general terms validity refers to the extent in which a test measures what it is meant to be measuring. For example, if a test supposed to measure extroversion, it is expected to ask questions about social behaviour, and to correlate with other tests that measure similar concepts such as outgoingness. There are five types of validity, these are:

Predictive validity is an indication of how well the test score predicts future behaviour. For example, test used for employment selection are expected to correlate with job performance.

Psychological tests involve translating psychological functions into questions or requests. Sometimes the translation seems alien and hardly related to the actual psychological concept.Face validity refers to the feeling of the test users regarding how appropriate the test seems to them. For example, driving test seems very appropriate to measure driving behaviour as its requests are very similar to the ones required by actual driving.

Rob Williams has over twenty years of experience of bespoke psychometric test design. Plus ten years prior to this spent working for several of the UK’s leading test publishers. These include IBM, OPP, SHL and HireVue.British Airways blended assessment project:

We will work with you to design the most suitable work styles tool to suit your needs. Our Bespoke Personality Questionnaire design process aims to:

Situational judgement tests (SJTs) have also become prevalent in graduate recruitment. These tests present scenarios to applicants and ask them to select the best and the worst thing to do next. SJT’s are very popular in the United States due to their excellent record of fairness across different ethnic groups.

Candidates may also have to take a personality test as part of the recruitment process. There is a vast array of personality tests, which pose questions about a candidate’s behaviour and personal preferences. A typical question may ask whether you prefer attending parties or staying home with a good book. These personality tests help employers to determine whether a candidate has the right profile for the role.

Since the first IQ tests were developed the whole point is to compare with a group of previous test-takers.

There are two key types of psychometric reliability:Firstly, Internal Reliability / Internal Consistency – Whether all the test items measure the same concept. It can be assessed in two ways. The first method is known as the split-half reliability which require correlating the score based on half of the test items with the score based on the other half (e.g., scores on odd and even items). Alternative method is item-total reliability which requires correlating each item score with the total score of the rest of the items. There is a statistical measure called Cronbach alpha that summarises all the correlations into one figure. A test should have an alpha of at least a = .80.Secondly, Test-retest Reliability relates to psychometric score consistency over time. In other words, how reliably a psychometric test measures. Taking as an example, some stable characteristic such as intelligence:

Every psychometric test has at least one norm group.The standalone score has little meaning, so a comparison with previous candidate performance is used. For example, percentile rank.

A trial item as part of a larger-than-necessary set of pre-test items. The  final, refined test is created by refining those items that work best. This is based on a statistical analysis of the trial item set’s results.

Firstly, the psychometric test must be a reliable measure. Most commonly the internal consistency index coefficient alpha or its dichotomous formulation, KR-20. Under most conditions, these range from 0.0 to 1.0, with 1.0 being perfectly reliable measurement. A reliable test may still not be a valid test.

Many companies today are turning to testing and assessment tools to help them address these challenges and make more substantive and data-driven hiring decisions. Assessments are a great way to level the playing field and evaluate many candidates for the same skill sets in an objective fashion, using real-life technical scenarios that mirror the work they will be performing on the job. Automated assessment tools in particular can scale to make better use of your time and resources. Several key recruitment benefits are listed below.

Providing unbiased assessments is a great way to distinguish yourself to candidates in a crowded hiring environment. Candidates will see that you really care about hiring the most qualified tech workers in a manner that is unbiased and uncovers their true value.

Test questions asking about previous working and life history facts. Biodata questions can include personal attitudes, values, beliefs. There are therefore both autographical and biographical perspectives. For example, how effective previous working relationships were with managers and/or colleagues.

Whilst biodata was popular in the 1970’s/80’s in the UK, it fell out of fashion due to concerns about face validity. Face validity is how job-relevant a test’s questions appear to be. This is difficult to show with biodata’s indirect approach; posing biodata fit questions about past behaviours which can seem intrusive.Firstly in our opinion, these suggestions cannot explain the predictive power of some biographical items.In our opinion, construct validity studies of biodata scores are mainly based on the notion that past behaviour is the best predictor of future behaviour.