We are specialists in bespoke personality tests design, or personality assessment design.

We will work with you to design the most suitable work styles tool to suit your needs. Examples of the typical personality test format can be found here.

We can design values assessment exercises design to focus on any values framework.

Personality tests can be designed to measure values – as well as job specific constructs or competencies. As with a situational judgement based design, values based personality tests can serve as a highly effective realistic job preview, or self-selection tool.

If it is important to differentiate personality traits from values, then values can be seen as enduring goals, whilst personality better describes enduring dispositions.

This personality inventory is based on the psychological types described by Carl Jung and developed by Isabel Briggs Myers and her mother Katharine Briggs to make the theory accessible to people. The theory is that seemingly random variation in behavior is due to basic difference in individuals’ preferences for perception and judgement, resulting in 16 different personality types. The original MBTI® assessment has spawned an endless array of imitators and innovators who have developed new assessments based on the 16-type system.

Otherwise known as the 5-Factor Model, this assessment groups various traits together into five main categories – extraversion, conscientiousness, agreeableness, neuroticism and openness to experience. The Big Five is the most widely accepted personality model in the academic community and the basis for most personality research, but it is less popular outside of academic circles because it does not categorize people into easily summarized types. There is no one “official” Big Five test, but many researchers have developed their own assessments based on this theory.

The DISC personality profile was designed to measure behavioral styles and describes people in terms of their levels of dominance, influence, steadiness, and compliance. Assessments based on the DISC model are used widely in organizations to develop leadership skills, management training and team building. Free DISC tests are less common, as this model hasn’t gotten much attention outside of the business world.

The Enneagram began with a spiritual practice, not a scientific one, and conceptualizes personality as a dynamic system driven by emotions, fears, and beliefs. Traditionally, Enneagram knowledge was passed on by spiritual teachers, rather than formalized in an assessment. Recently, though, the system has become more popular, leading to the development of several assessments that aim to determine your Enneagram type. 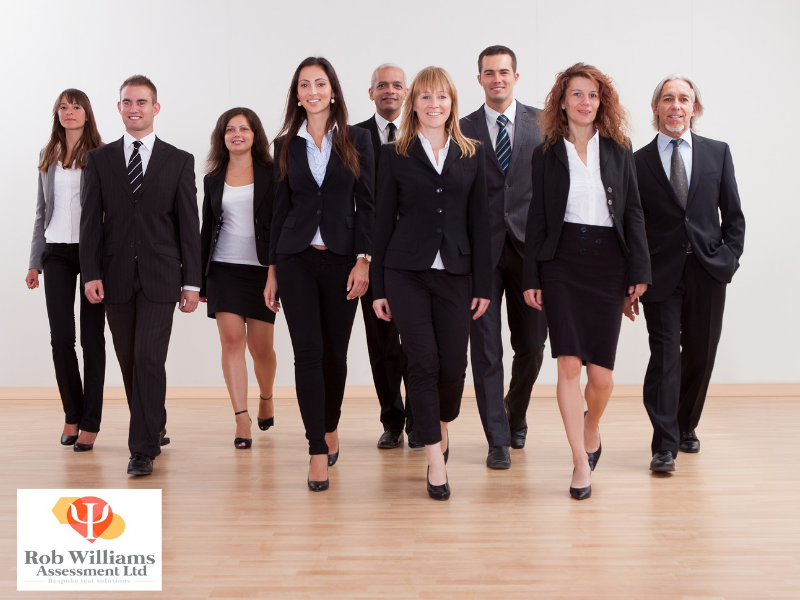 How have psychometric tests evolved over the years? 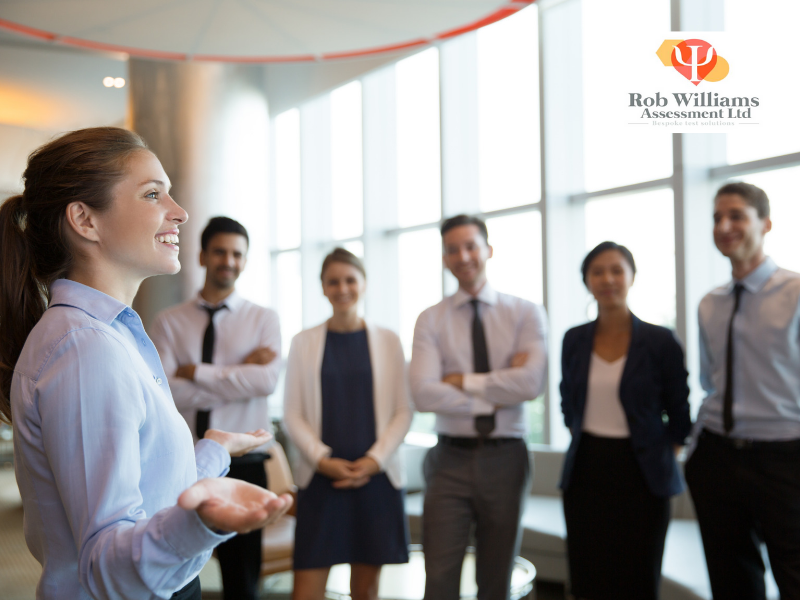 In our opinion, the typical stages of such a personality questionnaire design project should be:

Firstly, investigate the job role(s) using the most appropriate types of job analysis.

Secondly, study the job analysis results to determine the personality areas or competencies that measure effective work performance within this particular context.

Thirdly, you have what you need to write questions for each personality area or competency.

Thus, you are able to produce a trial personality questionnaire and deliver this to a representative sample of current employees in the role(s).

Now, you can determine the best way to validate the questionnaire: (a) For example, using performance data such as sales figures, or appraisal ratings. (b) Designing a performance rating form for completion by managers of the sample group.

Next, produce scoring keys for the personality questionnaire scales.

Then, trial the personality questionnaire alongside the performance rating form.

Next, analyse the trial data and validation data to determine the personality scales and specific questions that are most predictive of work performance.

Given the high potential for faking a personality test there are multiple ways built-in to test how reliable a candidate’s responses are. One of the most effective ways is what’s called a social desirability, or lie-scale. 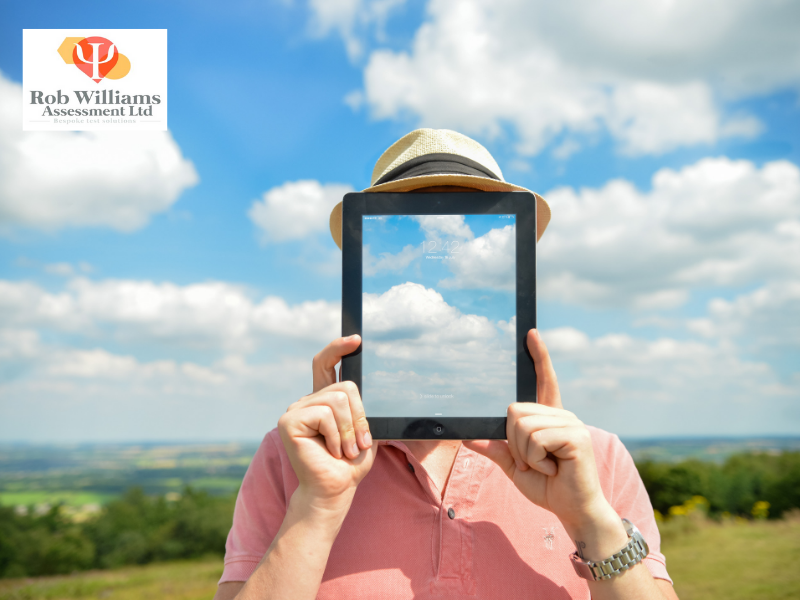 A sten score of 8, 9 or 10 should be treated with caution and the respondent questioned accordingly at the interview stage – to validate their personality profile. The key point being that an extreme Social Desirability score indicates the respondent may be trying to distort their results by answering in an overly positive manner. As with any personality scale individuals have different social desirable tendencies so it’s difficult to distinguish genuine responses (for such positive attributes) from respondents intentionally distorting their answers.

A high Social Desirability score could reflect preferred behavioural style. In our opinion, it does not prove the respondent is lying / faking. This reinforces the need to validate any personality test profile with a follow-up interview. Then, to probe for interview evidence of such positive attributes.

In our opinion, I have never told a lie, is one good example. Everyone has lied at some point. So, denying this is to answer in a socially desirable way. In fact, in our opinion, “Social desirability” describes two things:

It is therefore best practise in popular personality questionnaire design to use a Social Desirability scale to address such faking issues.

There are many personality tests used in career guidance and selection. Some tests display the person personality profile along 16 to 20 different dimensions.

The most popular of these tests are:

So, sales representatives tend to score high on extroversion and dominance. Whereas chemists tend to be thinking introverts.

A test like the 16PF has 20 factors (16 primary and 4 secondary). Using 20 personality factors, there are 110 possible combinations of two extreme scores (either high or low).

The advantage of these tests is that there are very comprehensive. This validity procedure established which occupations tend to score high on which dimensions.

The MBTI is a very popular alternative to these tests. The MBTI:

Once you complete a Big Five personality test, you’ get these five scores:

With the Big Five, as with most science-based psychological measures, you’re going to see a “normal distribution,” meaning there is a bell curve. Most of the population is going to be somewhere in the middle, with a few “outliers” on both sides.

Most people are going to be somewhere in the middle of, say, extraversion, meaning that most people would identify as both introverted and extraverted (this is completely normal). One problem with the whole notion of “types” is that they make people think their personality is more extreme and black-and-white.

According to type doctrine, “personality” is less fundamental than “personality type” but there’s no scientific evidence for personality “types.” In fact, personality can change considerably over the span of a person’s lifetime.

The ‘Big Five’ is the most researched theory of personality. The typicl Big Five personality test format has five answer options, based on a Likert scale.

Wheres, with type-based personality tests you cannot provide nuance to your answer. Instead, type indicators typically have 2-3 answer options – none of which truly fit your own personality.

Many of the UK’s and US’s leading test publishers have used Rob Williams Assessment’s to calculate and prove the reliability of their newly developed psychometric tests.

Across variables, the researchers found strong evidence to support the view that conscientiousness is highly predictive of job performance.

The graph below reveals the job sectors in which conscientious individuals are most likely to excel, with Health Care leading the pack.

The researchers suggest that organizations should do more to harness conscientious workers’ aptitudes and motivations. Conscientious individuals are motivated by status, acceptance, and predictability.

Few individual differences variables have occupational effects as potent and pervasive as conscientiousness. The researchers recommend that ‘…every individual, organizational, and societal decision maker to better understand, develop, and apply the valuable human capital resource that is conscientiousness.

The truth is that 100+ years of psychological research has shown conscientiousness – that is, the tendency toward self-efficacy, orderliness, achievement, and self-discipline – to be the best predictor of job performance. New research forthcoming in the Proceedings of the National Academy of Sciences offers an in-depth examination of why this is the case, and when it might not be true.

Welcome to our first feature on our new Big Five personality research series.

Are you chasing a job that you really want, but need to take a verbal reasoning test to get it? With the help of this book, you’ll sharpen your skills and quickly become confident in your ability to pass.

Our other personality test blogs